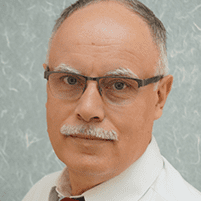 Even though many people frequently overlook it, the health of your gums is just as important as the health of your teeth. Periodontal disease is the leading cause of tooth loss amongst adults. Alex Gelman, DMD, protects his patients from the dangers of gum disease with cutting-edge periodontal treatment at NJ Dental 1. To learn more, schedule a visit today by calling the Cherry Hill, New Jersey, office or booking an appointment online.

What is periodontal disease?

Periodontal disease is a bacterial infection of your gums. It occurs when bacteria-containing plaque and tartar are left on your teeth for too long. The buildup irritates and eventually infects your gums.

There are two stages of periodontal disease: gingivitis and periodontitis.

With gingivitis, the bacteria in the plaque and tartar on your teeth irritate and inflame your gums. Your gums might be red, swollen, and tender, and they might bleed when you brush or floss.

The effects of gingivitis are reversible if treated early. If left untreated, gingivitis ultimately progresses into periodontitis.

Gums that suffer from periodontitis are so irritated by plaque and tartar on the teeth that they begin to pull away, or recede. This leads to the formation of “pockets” between the gums and the teeth.

These pockets are highly susceptible to collecting debris and bacteria, which further irritates the gums, causing more recession and deeper pockets that collect even more bacteria and debris.

This cycle continues until the tissues holding your teeth in place totally erode, eventually leading to tooth loss.

What are the symptoms of periodontal disease?

Some of the signs of periodontal disease are:

It’s important to note that periodontal disease develops silently. Many people who get it aren’t aware that they have it until it’s already in its later, more dangerous stages.

Dr. Gelman, on the other hand, spots indications of its development early on, which is why it’s so important to maintain regular visits for routine cleanings and exams.

What periodontal treatments do you offer?

NJ Dental 1 offers cutting-edge laser treatments to fight your periodontal disease. After removing the plaque and tartar from your teeth with a scaler, Dr. Gelman uses a laser tool to carefully remove the infected gum tissues lining the pockets between your teeth and gums.

The light energy from the laser promotes an accelerated healing of your gums by killing the bacteria as it cuts away the damaged tissue and cauterizing the tissue that remains.

Dr. Gelman performs this procedure multiple times over a period of a few weeks to get your gums free of disease and back to optimized health.

To learn more about how Dr. Gelman can protect you from gum disease, schedule your visit today by calling the office or booking online.